A downloadable game for Windows and Linux

* Planets that actually orbit around their star

* Bigger focus on strategy than micro

* Design your own ships

* A soundtrack with 10 tracks

* Improve your colonies by building buildings

jsbarrios1 year ago
Here is my playtest
Reply
PeoplePancakes1 year ago

Nice! Thanks for going through the effort of making a video review. It's super valuable to see how someone reacts to playing the game for the first time. One thing that I've definitely overlooked is the user friendliness of the GUI. Like how when you selected a ship, it doesn't tell you what type of ship it is, which can be confusing for new players, I can imagine. Also the icons in the bottom left don't really say a whole lot about what they do, I think I'll add some tooltips there to better inform the player. Also those massive destroyer ships you were talking about were actually just construction ships lol. They're big and bulky on purpose because I later want to add some techs that unlock lighter and more nimble construction ships.

Also something I don't explain very well ingame is the fog of war mechanic. When you clicked on those star systems, they showed no planets because you hadn't discovered the system yet by sending a ship there to explore it. I should add something that indicates the system is undiscovered. I fully agree with your criticism at the end of how too much stuff is unlocked at the beginning, overwhelming the player. In the latest version of the game that I'm about to release, I added a technology system so that parts of the game can be locked away until the player specifically decides to research some techs that unlock those things. The new version also adds an entire complicated economy system that is unlocked at the start of the game so maybe still quite overwhelming lol.

I should definitely add some sort of tutorial system but that is low priority right now because things can change quickly in the stage the game is in right now and the tutorials I make can get out of date. A tutorial system is nice to have but I don't think it's necessarily required as players can eventually figure things out on their own, like you did in the video.

I think maybe I should also make it so that only undiscovered star systems that are adjacent to a discovered system are displayed so that the player doesn't see the whole map all at once. I'm glad you didn't encounter any bugs, that would've been embarrassing.

Anyway, I think your video is very good, thanks for making it.

very good and promising game, the possibility to design a sector for the newly created ships would be great.

the choice of ship by factory would be cool too and finally if the construction ship could build automatically would be great too.

thanks a lot for this game

Thanks for the kind words! :) Yes I plan on adding a gui for factories, but the process of building ships may be a bit different than the typical RTS, I don't like how you gotta queue up units manually in typical RTS games, too much clicking, so I think I'll automate it somehow. Also currently construction ships do build automatically from ship factories. Every 10 ships spawned, you should receive a destroyer and construction ship instead of a frigate. I might change it to every 5 ships is a construction ship because I've noticed that the AI doesn't really have enough construction ships. Anyway, thanks for playing. 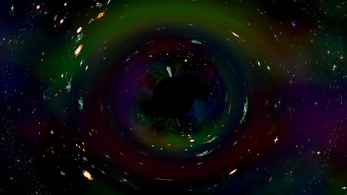 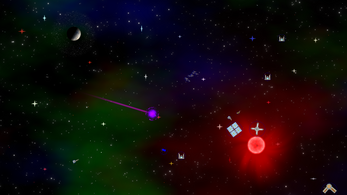 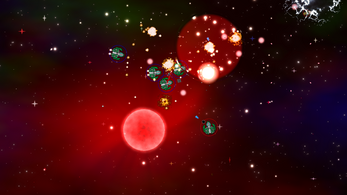 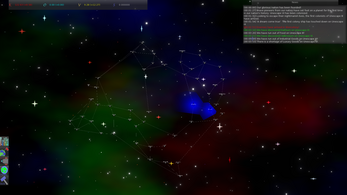 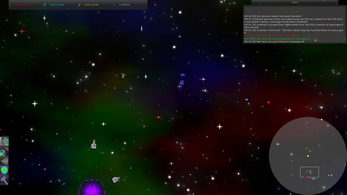 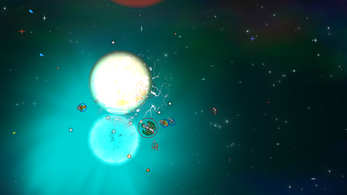