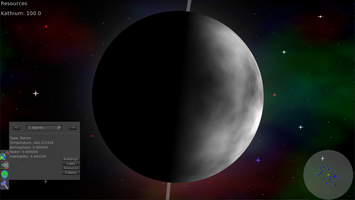 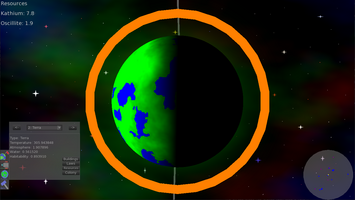 I haven't worked on my game for the past few days (longest break I've had from developing this game since I started it) because I had a mental health crisis but I feel better now so time to release another version. Now, if only I can remember what I wanted to work on next. I should really like write down what I want to do next, I'm pretty unorganized.

Anyway, the highlight of this release is the addition of colony buildings. They are simply improvements you can spend resources on in your colonies to make them better. Nothing special, plenty of games have a mechanic like this. But it is the feature I spent the most time working on. Mostly a lot of GUI programming, so much GUI programming. Now here's a problem: 99% of the GUI code in the game is located in one file, GUI.cpp. The file has gotten pretty big and is now over 2000 lines long. Sure, that's nothing compared to some big projects out there but it's getting a bit much for me to handle, sometimes it takes me a while to find the code that I want. So I should really split that file into multiple files, I'll get working on that... eventually. Anyway, back to colony buildings, there's only a few colony buildings that actually do anything at the moment but it's easy to add new functionality. Also I want to add the ability to upgrade buildings later.

Another thing I added is something that's necessary for any RTS, a minimap. Now you can get a better idea of what's going on by looking at the minimap.

I also redid the AI code in order to make the AI smarter. Previously the whole AI was a simple state machine, it had states like attacking, fortifying and economizing and would execute code every tick based on what state it was in and occasionally switched states. Now the problem with this system is the AI gets dumber the more states you add because it can only focus on one thing at a time. So I scrapped that system and replaced it with a SubAI system. In this system, the AI has several sub-AI's like MilitaryAI, DefenseAI and EconomyAI. These sub-AI's are state machines and are updated every tick. So now the AI can focus on multiple things at the same time. Ha, human players are doomed now... Until I add more features and the AI becomes dumb again. Problem: sometime in the future I might hit a point where the game is too complicated for one man to reasonably code a "smart" AI for it. 4X games tend to have crappy AI as a result of their many complicated systems. So, I have some ideas for different gamemodes than the typical free for all 4X style gameplay the game has right now, and the AI doesn't have to be good for those.

Christ, I'm typing too much, gotta get this over with. The last thing I want to talk about is the new planet shader. Flat planets have been REMOVED from the game and replaced with spherical planets. Also they now have realistic-ish lighting, that feature was surprisingly easy to add, after I figured out how to make the planets appear spherical. Math is magic, isn't it? 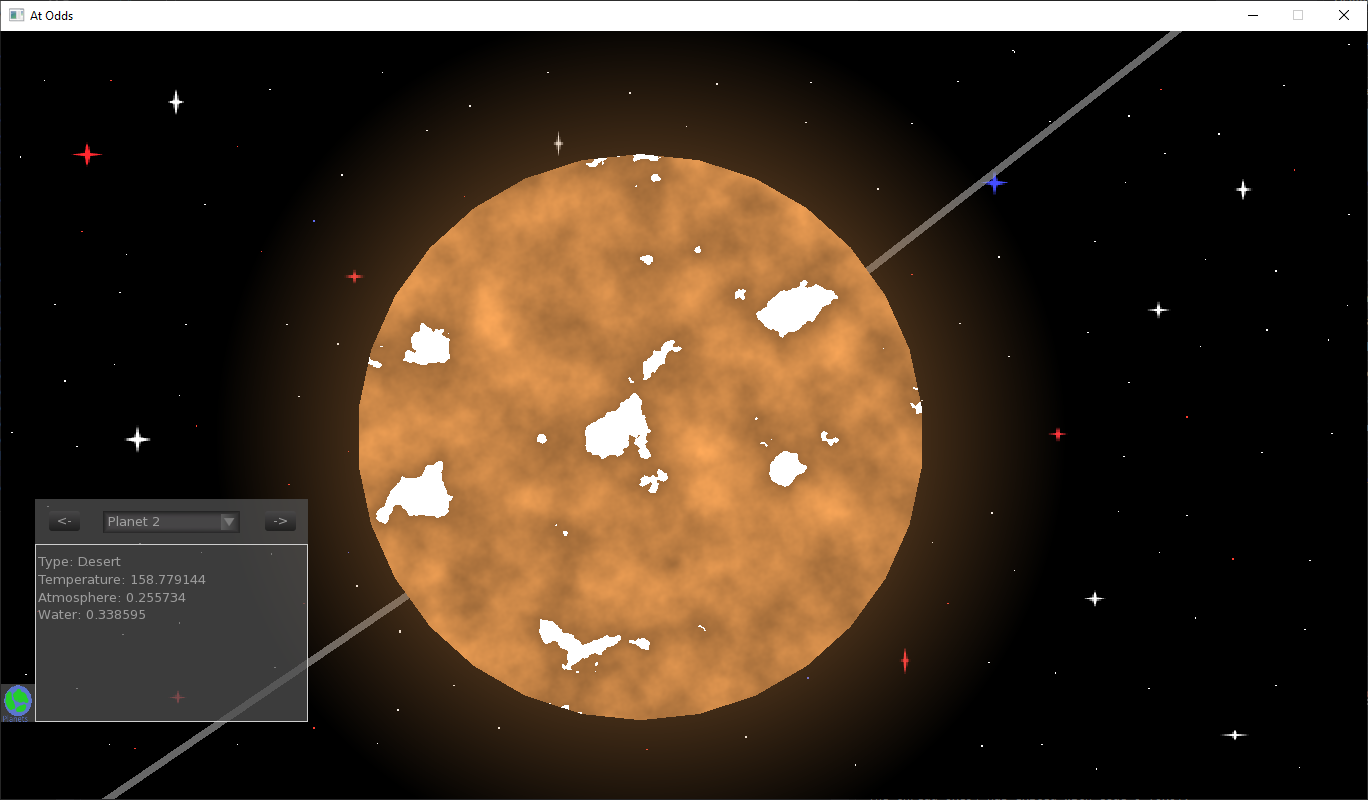